How a team of chess arbiters operates at a big tournament
24 janv. 2023

Arbiters play one of the most important roles in organizing any chess tournament.

Have you ever wondered how the arbiters manage a tournament where there are a lot of players, say over 300?

What's their organizational structure?
How do they divide the responsibilities?

By the time you finish reading this article, you'll find it out.

Let's begin from the senior-most position.

Ever wondered what goes behind officiating such events? How do the arbiters manage it? 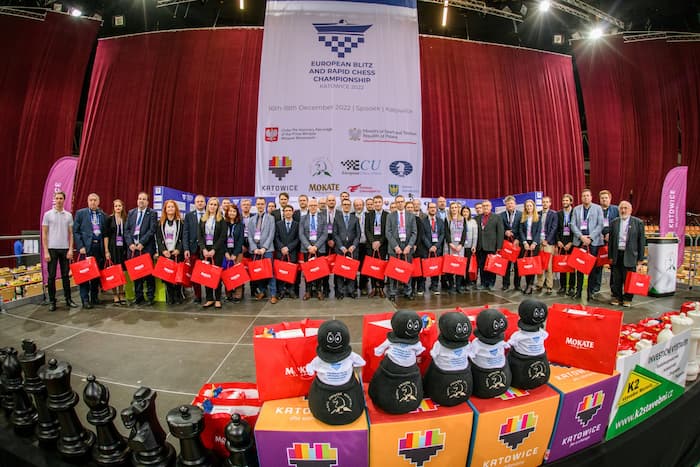 The arbiters team, the backbone of the event. Fot. Walusza Fotografia

We sat down with IA Michał Wejsig, deputy chief of the event.

He talks about how the team of arbiters worked together during such a big event, the challenges they faced, his experience officiating the event, and more.

One of the most exciting ways to settle a tie in chess is with an Armageddon match! It's thrilling for the players and the spectators.

But what about the arbiter? What if you're organizing a tournament at your local club or school, and then the final championship has to be decided by Armageddon?

As an organzier/arbiter, what should you know about it?

We will discuss that in more detail here in this article.

The round-robin tournament is one of the fairest ways to determine the best player in a group. Some of the world's strongest tournaments follow this format.

Keep reading to find out.

Organizing a small chess tournament can feel extremely fulfilling. It’s a great joy to see people come together and enjoy playing chess because of your initiative.

But how do you go about organizing a tournament?

In this article, we’re going to break it down into 6 steps. It’ll help you organize a small 1-2 day chess tournament.

Imagine a 5-round tournament. After round 4, two players are at 4/4 points. In the last round, they face each other. And their game ends in a draw.

Now suddenly, you have 2 players on 4.5/5. So how do you decide who’ll be the champion?

This is one of the scenarios where tiebreaks in chess come into the picture. Tiebreaks help decide the better player amongst those who have scored the same number of points.

FIDE has proposed many different tiebreaks. Here, we’ll look at the most important ones used in tournaments.

If you’re organizing a school tournament, Round Robin, or a Swiss tournament, we’ll suggest which tie break you can include while deciding the winner.

How this pub organized 60+ chess tournaments without a professional organizer or arbiter!
29 sept. 2022

Every Wednesday, one pub in Poznan hosts a chess tournament.

They have now conducted over 60 such events.

But when they started in June 2021, they had no experience or expertise in organizing a chess tournament.

All they had was an idea from which the players, the pub, and chess benefit.

We sat down with Mateusz Małaczek, one of the main organizers of the tournament, for a chat. 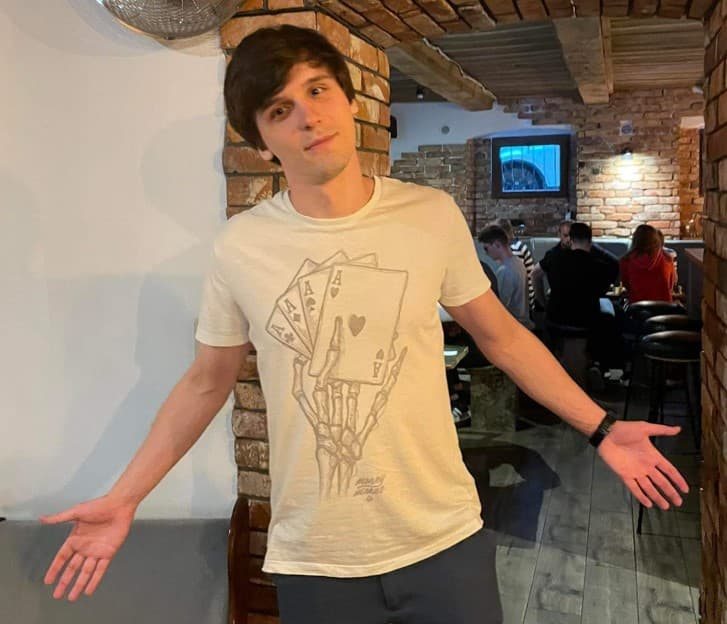 Mateusz Małaczek – Having a good time organizing the tournament.

“I’m a chess player and have a rating of about 2000. I also work as a Java developer. But I have never been a chess arbiter or anything like that.”

Half-point byes are rare. But they serve an important purpose.

In the 2018 Isle of Man chess tournament, Alexei Shirov had a blazing start to the event. After 4 rounds, he was leading the tournament with a perfect 4/4 score.

Then, he took a half-point bye, surprising many.

Everything about Illegal moves and Irregularities in Chess
24 août 2022

In the 2019 Tata Steel India Blitz, the elite GM Vidit Gujrathi "sacrificed" his King against GM Nakamura. It was a strange move that left Nakamura baffled, looking up at the arbiter for answers.

It turns out the King "sacrifice" was an illegal move.

In 2019, a Grandmaster's quick rating rise looked like a true miracle. Despite being in his late 50s, he had entered the World's top 50, gaining roughly 150 points in just 2 years.

But there was something wrong with it.

Then in one Open tournament, where this 'Grandmaster' was participating, an arbiter noticed something suspicious. Immediately, the arbiter called the chairman of the Fair Play Commission, asking for advice in this situation.

And soon enough, this 'GM' was caught red-handed cheating using a mobile phone in the toilet. He later even admitted to this in writing.

FIDE slapped a 6-year ban and stripped him from the GM title.

Imagine what would have happened if this GM wasn't caught. How many honest players would fall victims to cheating? And how many cheaters would win 5-figure prizes through unfair means?

That's where good arbiters and FIDE's Anti-cheating protocols come into the picture. They keep the game clean, making sure it's played in a fair spirit!

Implementing anti-cheating measures is one of the essential tasks for organizers and arbiters.